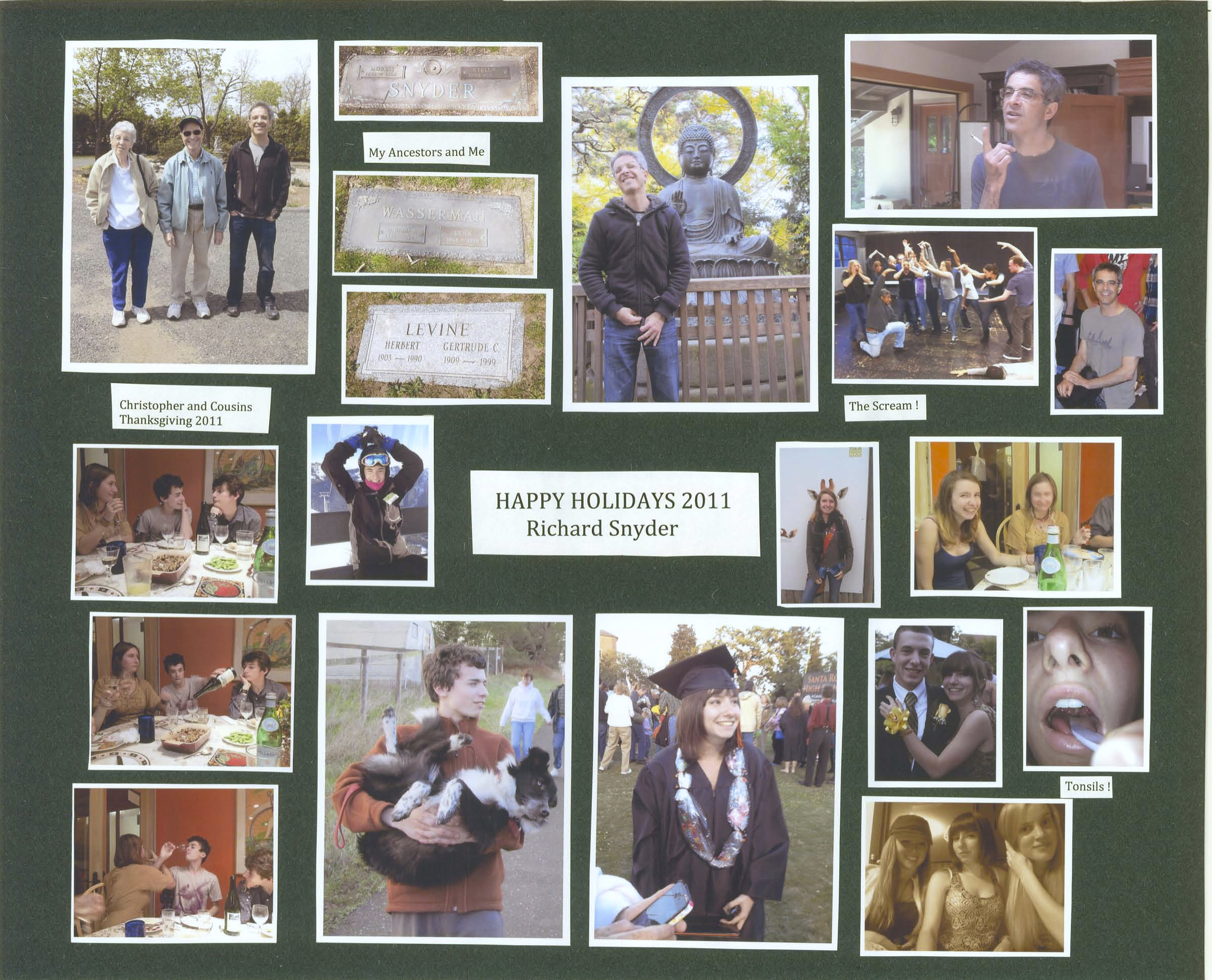 In the Richardian calendar, earthly distractions are not permitted during the Holy Festival of Skiing, November to April.  Therefore, I have waited until now to reflect on last year.

Last year at this time, I had just completed my One Man Show for my 50th birthday.  I hadn’t done theater prior to that show and many people told me I should do more.  So, I started taking acting and Improv theater classes.  I can’t believe that it took until my 50’s to discover the joy of writing and acting.   This year I want to create a new form of expression that is beyond traditional written word and stage work.  Stay tuned for the release of the first video at the end of the summer.

Another area of great passion for me is connection: connection to self, to God and to each other.  In the realm of connection to each other, I joined a newly formed non-profit board whose mission is to create a thriving GLBT(Gay, Lesbian, Bisexual, Transgender) Center at the site of a new subway stop in Seattle’s Capitol Hill neighborhood.  Wonderful people have been appearing to make this vision come true and I am optimistic for success.  In the arena of connection to self and to God, I continue my studies in spiritual practices.  I am amazed, surprised and grateful for the goodness of life.

Speaking of gratitude…. I had a “moment” when I was at the Tenement Museum in New York City this spring.  My ancestors had immigrated to this country through Ellis Island and some had even lived in the Lower East Side in such Tenements.  As I was taking it all in, I realized that I might have been mistaken to “take credit” for my life.   By “taking credit” I mean believing that everything I have is due to my hard work.  Reality check!  I would never have even had those opportunities without the efforts of my forbearers.   This gratitude became even stronger when I visited my parent’s home and my grandparents’ gravesites.

I wonder when Rose and Christopher will have such an ancestral appreciation for ME.  Perhaps, I should send them to the Tenement Museum.   And if that doesn’t work… on to graveyards.

Rose continues to amaze me with her independence and success.  She didn’t like High School so she studied hard and finished 6 months early.  She wanted to go to a good college so she worked hard to complete her applications.  She wanted to make an informed choice for college so she visited all the schools that had accepted her. (almost all of them did)   Then she made a confident decision to attend Reed College in Portland, OR.  I also had the opportunity to support her the best I could during her first romantic break up and to admire Rachel’s love and support for her during this difficult period.  Rose emerged from that breakup in style and entered a new and even better relationship.  In an ironic reversal of the ancestral gratitude I’m expecting from my kids, I find myself benefitting from Rose’s example.   Rose’s year also included a potpourri of medical issues such as difficult wisdom teeth surgery, viral meningitis and mono.  I’m thinking she’s getting all of her illnesses out of the way while she’s still at home with Rachel.  The Mono was particularly inconvenient because it happened just a few days before a long planned trip to Europe with her cousin Annie.

As I write this letter, Christopher is in England with Annie, having taken Rose’s place at the last minute.  I am so impressed with his courage to travel there by himself and find Annie in the airport in Manchester without adult help.   He will arrive back to Seattle a week from now to do theater classes and a class on making music for video games.  He continues to compose and play piano pieces.  He also has created many electronic music compositions as well as a series of videos, all posted on his YouTube channel and various music sites.  My personal favorites are when he sings and accompanies himself on piano.  He is now as tall or taller than me and will likely achieve the honor of tallest human in the extended family.  He makes me laugh and is one of the funniest people I know.  But perhaps most importantly, he made a triumphant return to the ski slopes and we had some great father/son days at Crystal Mountain and Whistler.

This coming year, Rose will be in college, Christopher will be a High School Sophomore and I will be an anesthesiologist-ski-nut who will also be doing more Improv Theater, creating video blog pieces, and taking a 3 week trip to India.