Most Annual Letters  are listings of accomplishments, ie celebrations.  It is the rare Annual Letter that is revelatory, ie revealing of juicy details.  For 2013, I have much to celebrate… and a bit to reveal.  (Relax Rose and Christopher; the “reveal” is about me, not you guys)  First: the celebrations!

My Film Short:  “On the Nature of Hotness,” had premiered at the New York City International Film Festival and had won “Best Comedy in Short Film” there.  In 2013, the film went on to screen at the Seattle LGBT Film Festival, the Denver International Film Festival, the Ojai Film Festival and the Santa Fe Film Festival.  I loved going to those festivals and being immersed in so much creativity.  For example, Fajar and I were chauffeured in Denver (Yes, they chauffer the film makers from venue to venue) with a filmmaker who made a romantic comedy based on a new entertainment medium called “air sexing.” (click the blue words to find out more details) The human creative impulse never ceases to amaze me.  For me, the Film Festival Circuit was completed this year. “On the Nature of Hotness” has entered a new phase 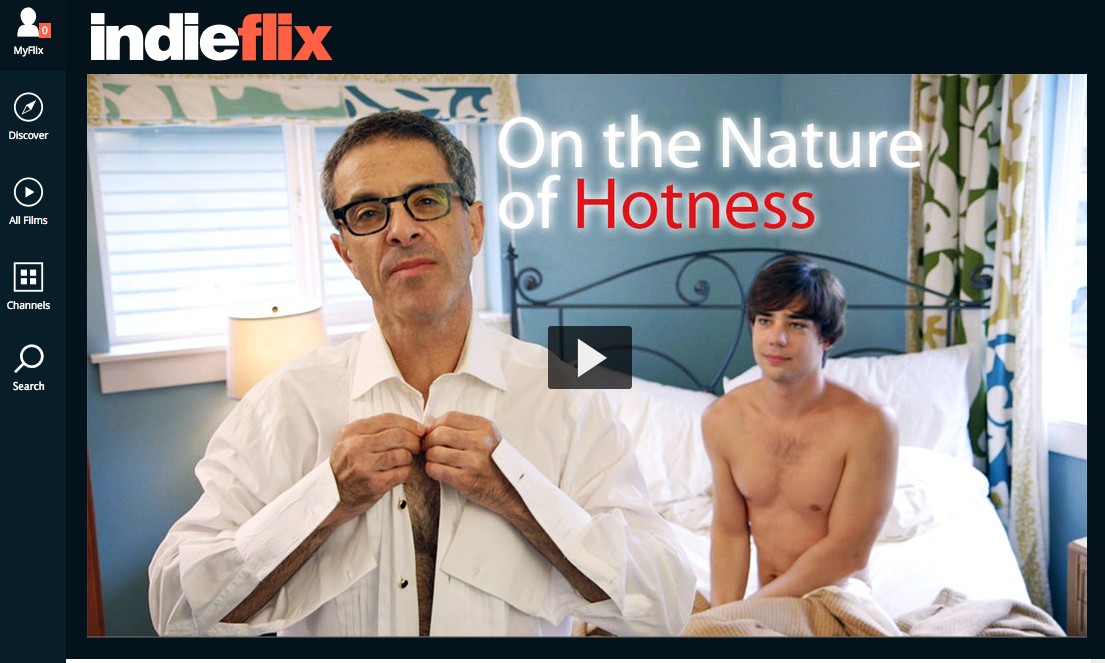 and I am honored that the film was accepted by Indieflix a website that selects the best films from Film Festivals for viewing on your computer or your Roku box.   Just click here to go to my film on their site.  You may ask, “Will there be another “On the Nature of…” film?”  How about  “On the Nature of Plantar Fasciitis, Onychomycosis, and Other Persistent Life Problems?” Stay tuned.

My Love Life:  In July 2013, Fajar Farimin, the wonderful man I had been dating in SF, moved to Seattle and we started living together in the “concierge” apartment building we had both selected.  We have deepened our connection with shared adventures: Portland, Vancouver, LA, San Diego, SF, NYC, Denver, Puerta Vallarta; with logistics:  coordinating work and work out schedules, with dealing with money: having our finances reflect partnership and encouraging each of our unique goals; and with the simple activity of being with each other.  I continue to be amazed and grateful for the joy, warmth and depth of our relationship. 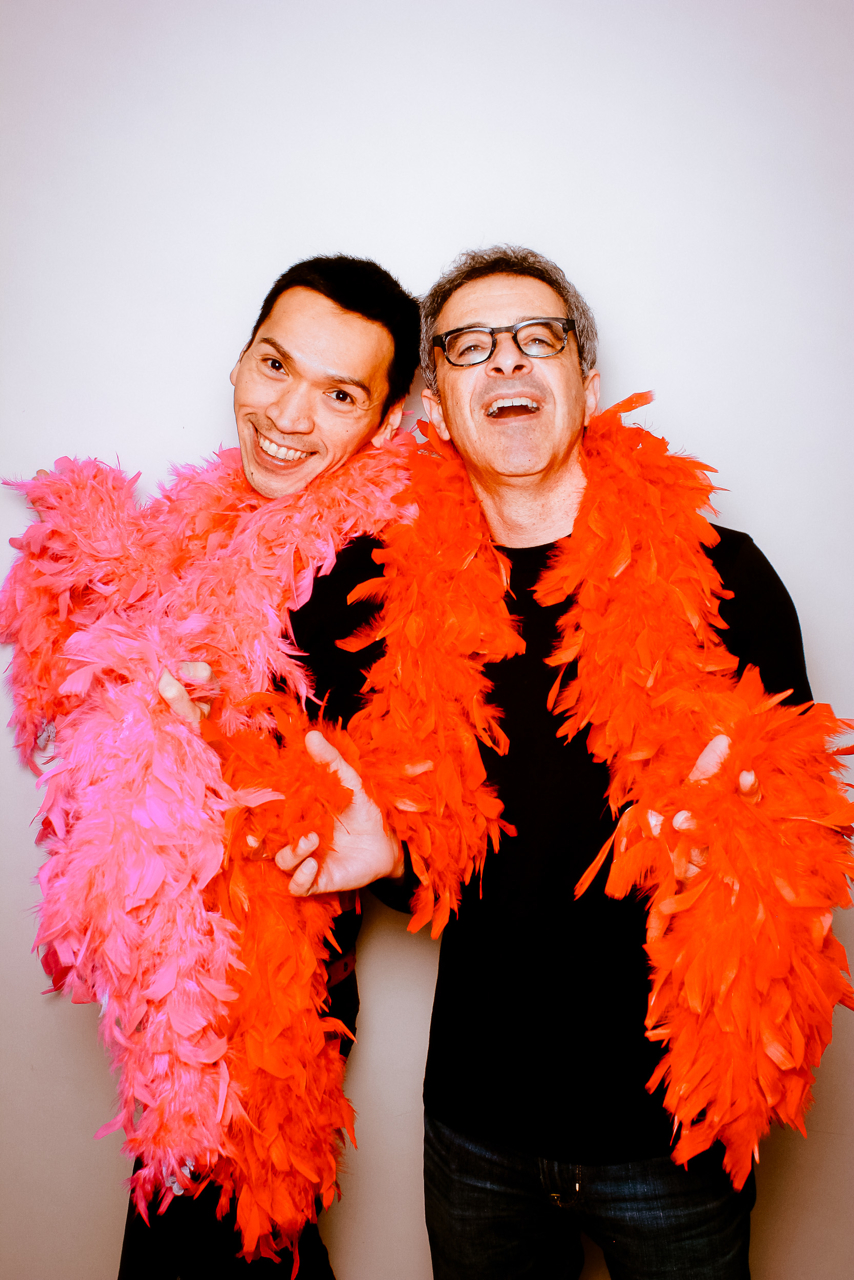 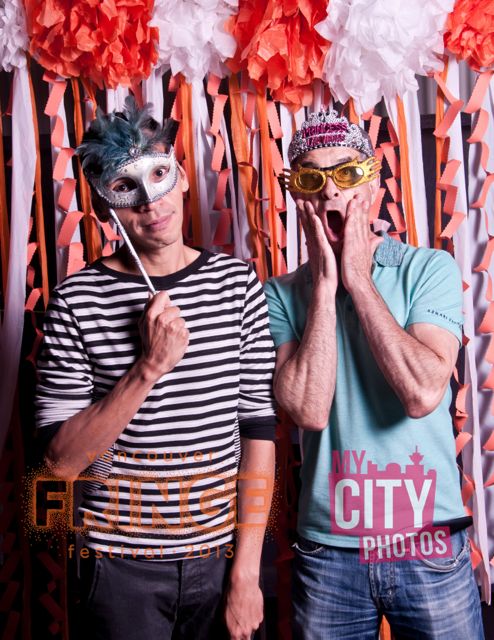 My Career:  Through all the travails of the American Healthcare system and my explorations of many different jobs over the years, I remain an Anesthesiologist at Group Health in Seattle.  After 20+ years of clinical practice,  I feel like a master clinician.  As a result, my career goals are shifting from establishing a secure practice to Legacy.  I want to help others achieve their own Mastery.  I believe that a large part of clinical mastery comes from expert communication with patients and colleagues.  In my case, this expertise has, for better or worse, been gained by trial and error.  There must be a better way.  And I think I know what it is.  It is adapting successful curricula from Business and Acting to Healthcare.  In 2013, I worked with amazing collaborators from Business and Acting to organize and co-present: 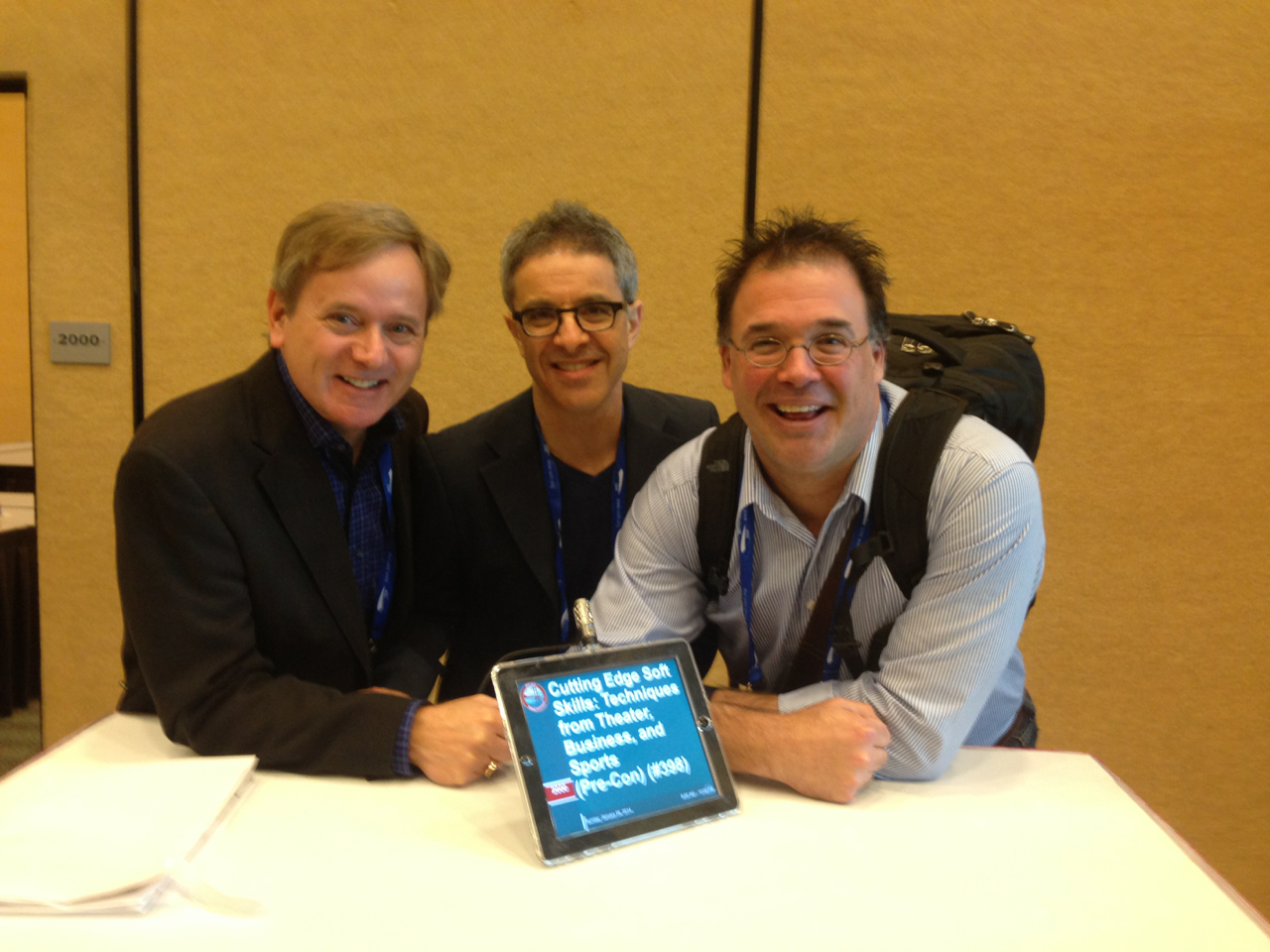 “Towards a Curricula for Becoming a Master Clinician” at the Stanford Immersive Learning Center, “Cutting Edge Soft Skills: Lessons from Business, Sports and Theater” at the International Meeting on Simulation in Healthcare, “Service Excellence” for my own Department at Group Health and “The Many Faces of Yes: Building Rapport with Difficult Colleagues and Patients” for my own Department.  I am now deep in this work and am looking forward to the Legacy portion of my career.

My Home:  I will be brief.  I crave the sun and warmth.  If any of you have leads on where I can do my Legacy work in a sunny and warm location, let me know!

My Revelation:  In 2013, for the first time I can remember, I felt persistent low energy.  I’m not talking about the tiredness of inadequate sleep.  I’m talking about the low energy of not wanting to put time into my life goals… of just not feeling excited.  I wondered if I was just getting old.  I wondered if I was on my way to becoming one of those deteriorating elders instead of the inspirational elder I would want to be.  I started “coaching/therapy” with one of my favorite Body Electric Teachers.  In the course of that exploration, I happened upon a TED Talk by Phillip Zimbardo, the Stanford Psychology Professor famous for the “Prison Experiments.”  His talk was entitled “The Demise of Guys.” Speak about an inspirational elder!  That is how you give a Ted Talk !  And that talk took me to another TED Talk, by Gary Wilson, entitled “The Great Porn Experiment.”  He explains the Neuroscience of how Internet porn leads to a syndrome called “Arousal Addiction,” in which the brain is rewired to require ever more stimulation and novelty from internet sites in order to be engaged while the real world becomes dull.  Click  Coolidge Effect , Dopamine and/or the e-book Demise of Guys to learn more.  The book is really good and very thought provoking.  I was whiling away a lot of time on the Internet when I could have been engaging in my real world.   The recommended treatment:  abstinence from those Internet sites, with brain recovery expected to take at least 60 days.   Those of you who know me know that I am not about to give up reliable sources of fun and pleasure. (See prior exegeses on Chocolate Chip Cookies and Tuna Melts.)  But, wait a minute.  I did give up Chocolate Chip Cookies and Tuna Melts. (See prior exegesis on Gluten and Migraine Headaches.)  So I undertook “The Great Richard Experiment” and I abstained.  It was surprisingly easy and as predicted, I returned to my former high energy self.

The Children:  According to the Bible, one of the qualifications for being an elder is “Having one’s children in submission“ (I Timothy 3:4) – “An elder must have children and have demonstrated that he is able to control his children.”  Apparently, I will not be becoming an elder any time soon.

Rose:  In 2013, Rose courageously ceased whatever submission may have been happening regarding College.  She announcd that she didn’t like Reed College and that she would not go back after her freshman year. 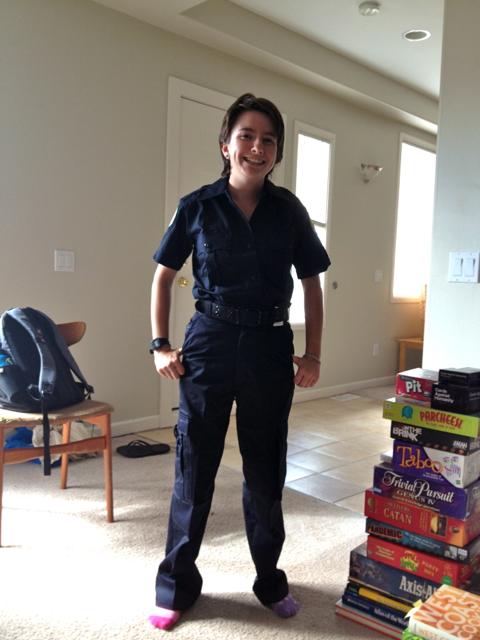 She then decided to return to the paternal nest of Seattle despite the fact that the pater familias (aka Dad) had set up a defensive perimeter around the paternalnesting grounds.  (See 2012 Annual Letter in which family oriented house was turned into Vacation Rental Property and the father had downsized to apartment life)  Rose found her own place and found her own job. 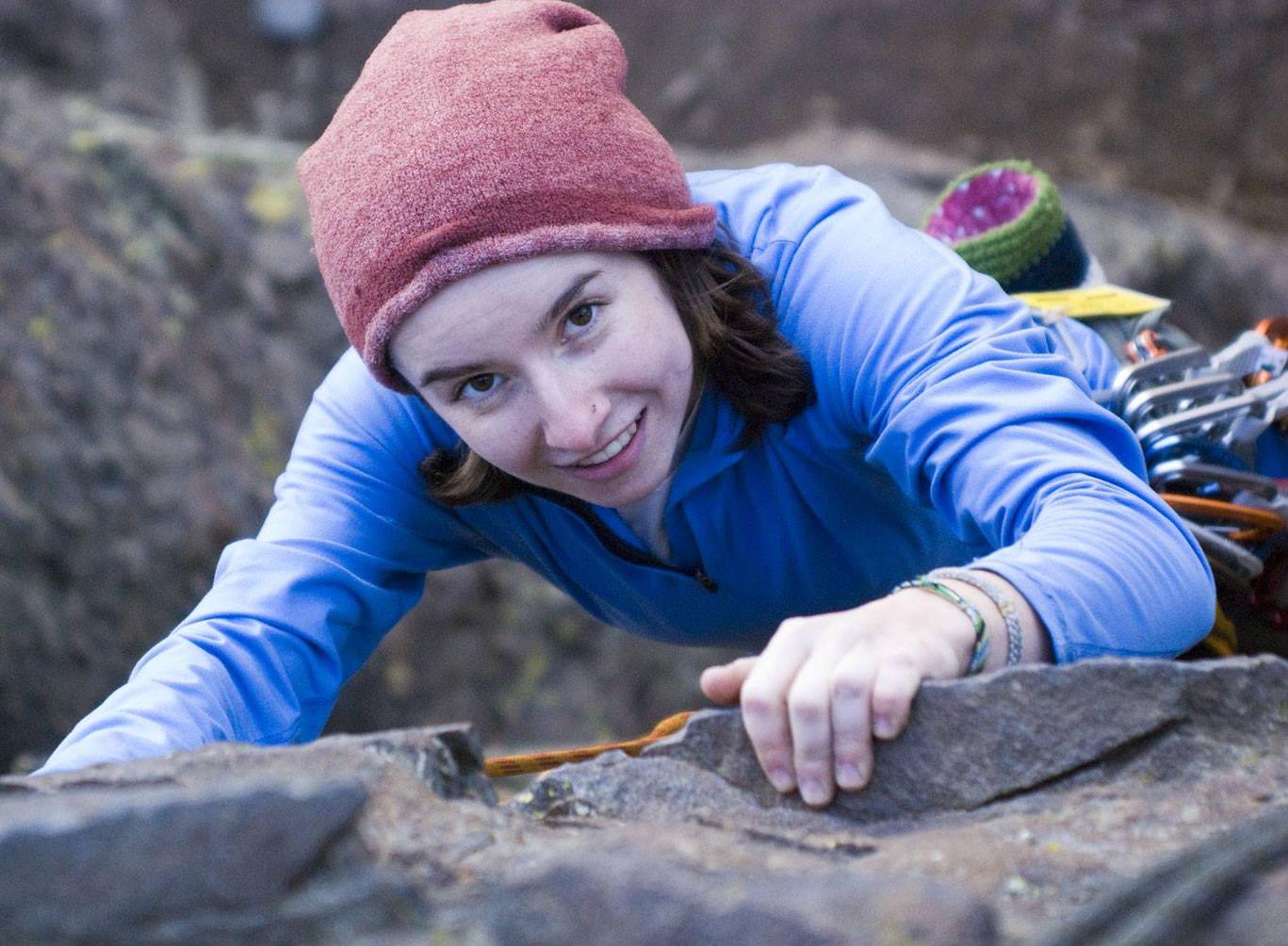 Ironically, she also found great joy in activities formerly done only with great resistance against her father, namely downhill skiing and driving a manual transmission car. 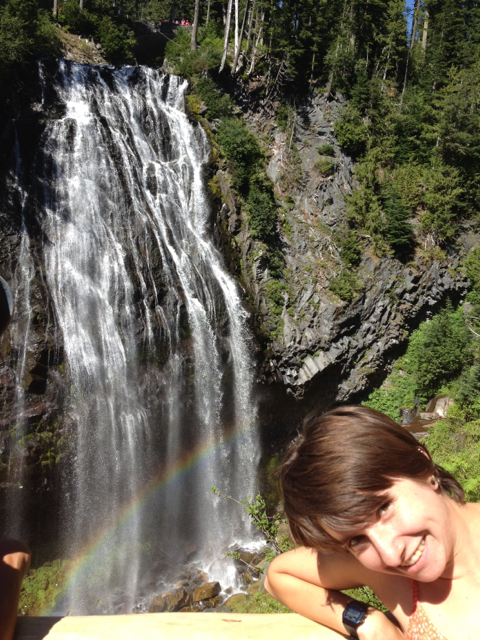 Submission at last?  I don’t think so. She continues to thoroughly enjoy her life working as an EMT at a homeless shelter for alcoholics and spending evenings and weekends as a fanatical rock climber. I have never seen her happier.

Christopher:  Christopher is likewise not showing many signs of submission.  Via his signature skill of relentlessness, he has managed, at the age of 17, to achieve a lifestyle of the rich and famous. 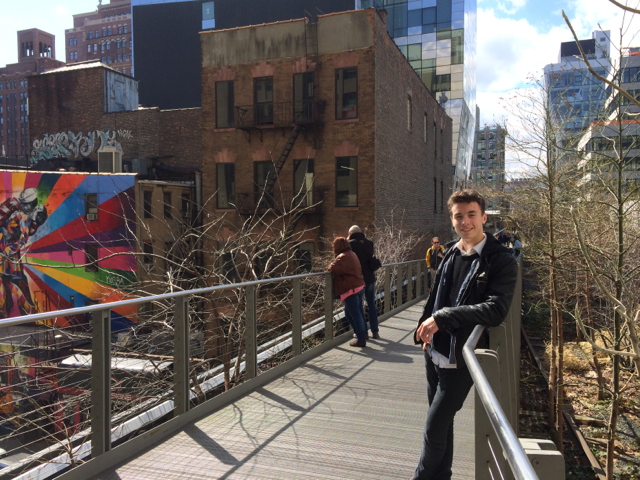 From Santa Rosa to Seattle to Europe, he can be seen sporting the latest in fashion and technology.  For college inspiration, he went on a luxury East Coast trip with Dad featuring a visit to his Grandparents Snyder followed by accommodations in NYC near Central Park and Broadway shows.  His High School career continues to be characterized by his other signature skill, his ability to invent new ways to complete any project rather than following the directions.  On the extracurricular front, he and his cousin Paul entered a hackathon for Neuroscience Geeks.  Their design of a reading machine linked to EEG monitoring won 3rd place. 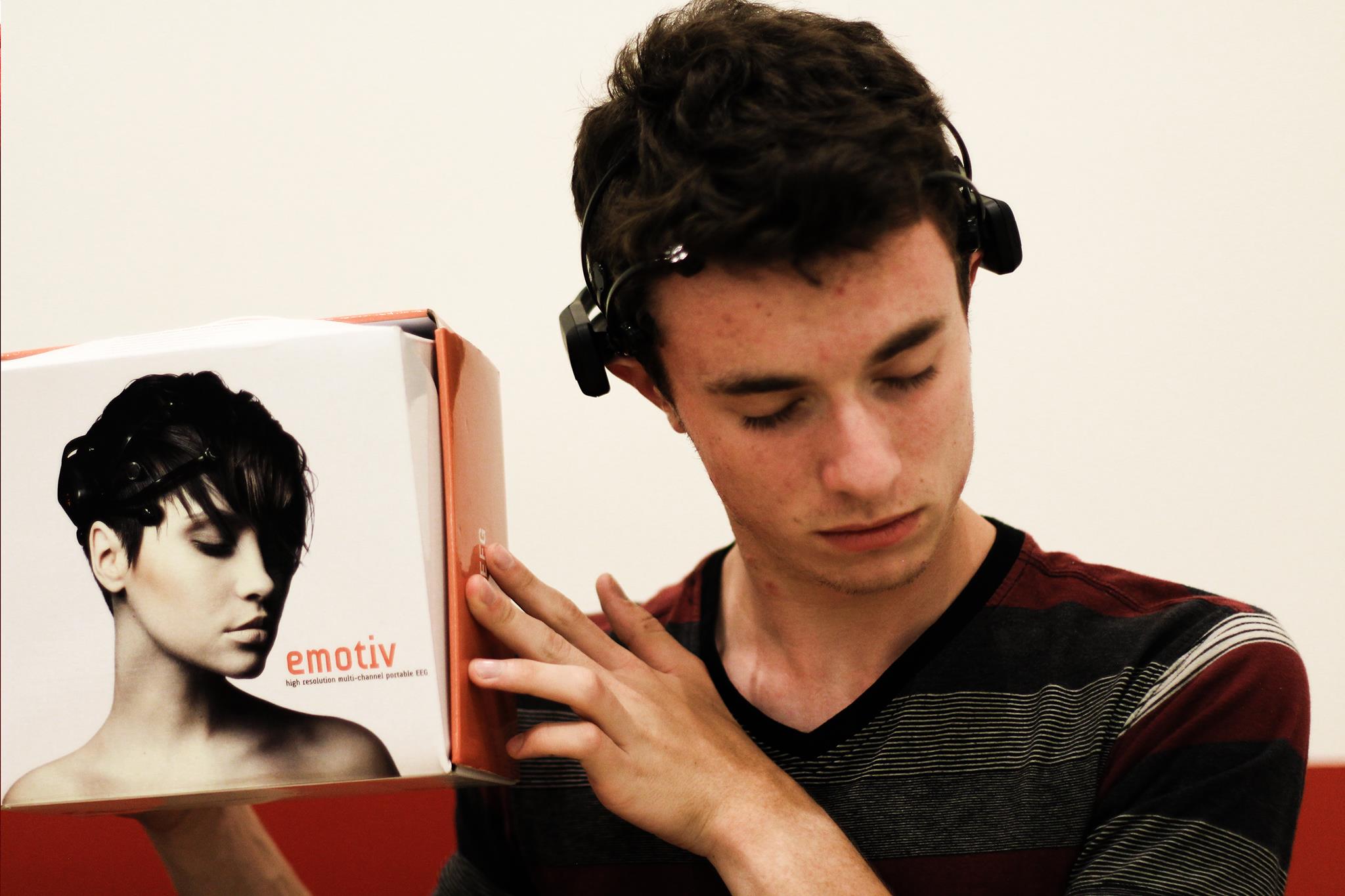 He just finished a musical run of Cole Porter’s “Anything Goes” in which he played Elisha Whitney. 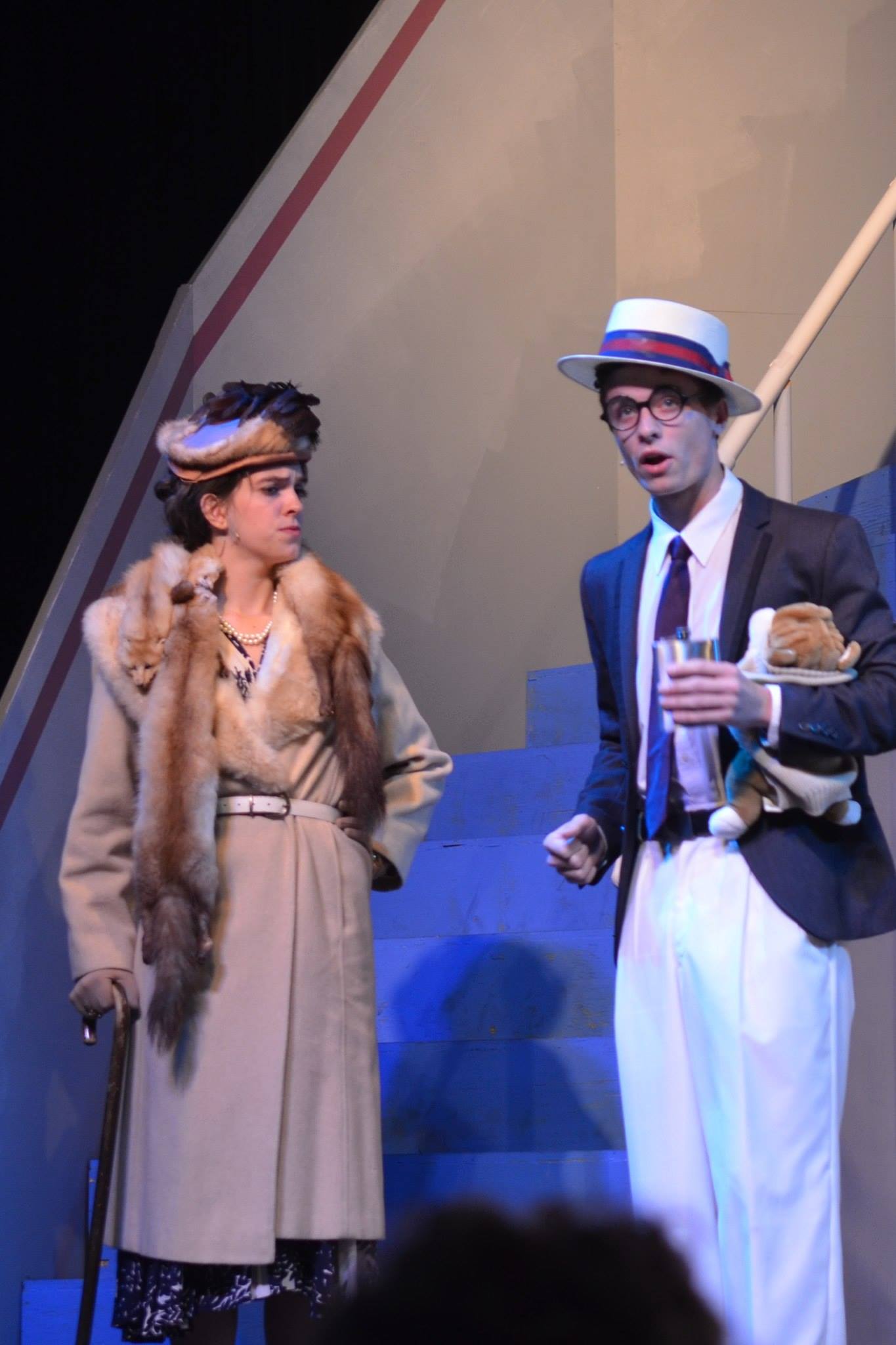 He continues to make insanely good musical recordings of himself singing jazz standards from the Rat Pack era.  To hear a sample, click here.  Be sure to enjoy the transition at 30-35 seconds.  To hear a Christopher original song click here.  Continuing his enviable lifestyle, he will spend most of the summer in Cambridge studying Economics and Philosophy.