Something smells bad in our refrigerator. Rotten vegetable smell. I have smelled every individual item in there. I have gotten on hands and knees and inspected underneath the fridge. I have cleaned the crisper. I have thrown out old food. But every time I open the door there’s that smell.

This is just the type of thing that could be a metaphor, a living dream, perhaps in need of interpretation. I could ask my Zen Buddhist ex-wife, Rachel Boughton. She actually trained in dream interpretation at the Jung Institute in Zurich. I know how it would go. I ask her and she sits, gets a thoughtful look on her face. Ok here it comes. But then she shifts her position slowly, silently, inhales to speak. Ok now it’s really coming. But then she gets up to get her tea that’s been sitting in the microwave. Ok my bladder is full. But before I  go to the bathroom, she  intones,

“Well… the refrigerator smell is clearly a shadow element. Something deep in your subconscious is trying to emerge. What do you think it is?”

Jesus, what am I? Lady fucking Macbeth?! I keep trying to clean away a secret, but it won’t go. Ok, I’ll admit it. I had a big secret, the suppressed gay thing, but that was years ago. Maybe I don’t have a deep dark secret now. She could be wrong, Zurich notwithstanding. Maybe it’s nothing more than poor cleaning habits between me and Fajar. When faced with dirty things in the apartment, Fajar is too relaxed to clean them and I’m too angry. So things rot. Garbage accumulates. That’s all it is. Rachel is still looking at me expectantly. She remembers the granola she left in the oven, she gets up and on the way to the kitchen turns and says,

“Why don’t you meditate on it and see if something else comes up?”

I try to meditate. I wonder if the granola is slightly burned the way I like it. Maybe she’ll forget the whole divorce thing and give me some. I like Covid. What the fuck was that? Oh shit. While the rest of the world has been suffering from Covid, I liked it. It started with no work for a few months. That prompted me to write two screenplays: “A Last Supper” which is about adult children coming to terms with their dad’s dementia and “Dad Grows Up” which is about a just retired man who can’t deal with his aging. I will produce and act in both after Covid is over.  Then elite acting studios in LA and NYC started offering classes that normally I couldn’t take from Seattle.  Here’s a little piece I did for an LA class, “Four Characters in Four Minutes.” In case, you’re interested, check out my acting page here. Then hospital contracts changed, and I got to stop the hardest part of my job, the in-patient work. And thanks to Covid, I got to stop planning social events and vacations, stop auditioning for other peoples’ projects, even stop driving to the gym. I had no idea how much stress I had been experiencing.

Okay. Well I’m certainly not going to tell Rachel or anyone else about this. I don’t want to see their faces as they struggle to find the words to explain to me hundreds of thousands of deaths, job losses, political divisions, racial divides. I am not going to reinforce their opinion of me as autistically self-centered. But before I can say, “Nope, couldn’t think of any shadow stuff,” my Inner Jewish Mother says,

“I heard that.” And she continues, “Now you’re going to get Covid.”

For once, I ready for her, “Not today I already got the vaccine!”

Not to be outdone, “Yeah, but you’re not immune yet.”

Rachel returns from the kitchen.
She notes my face, thoughtful
I note her hands, devoid of a bag of granola for me.

She asks, “So anything come up in your meditation?”

Fajar is thriving in his work as an infant/early childhood mental health consultant working with childcare providers and families. He even got an award for being a star citizen of Seattle during Covid, which was presented to him on a surprise Zoom call by the Seahawk’s star wide receiver DK Metcalf. He continues to focus on the beauty of life with his fashion and food passions. We help each other be better. We have our twice weekly in-apartment guided dance where I get to be wild and occasionally look over and see what a great dancer Fajar is. And we have our once a day in-apartment boot camp work out where I’m pretty sure I have more pain than he does. We just noted our 8th anniversary. I put it 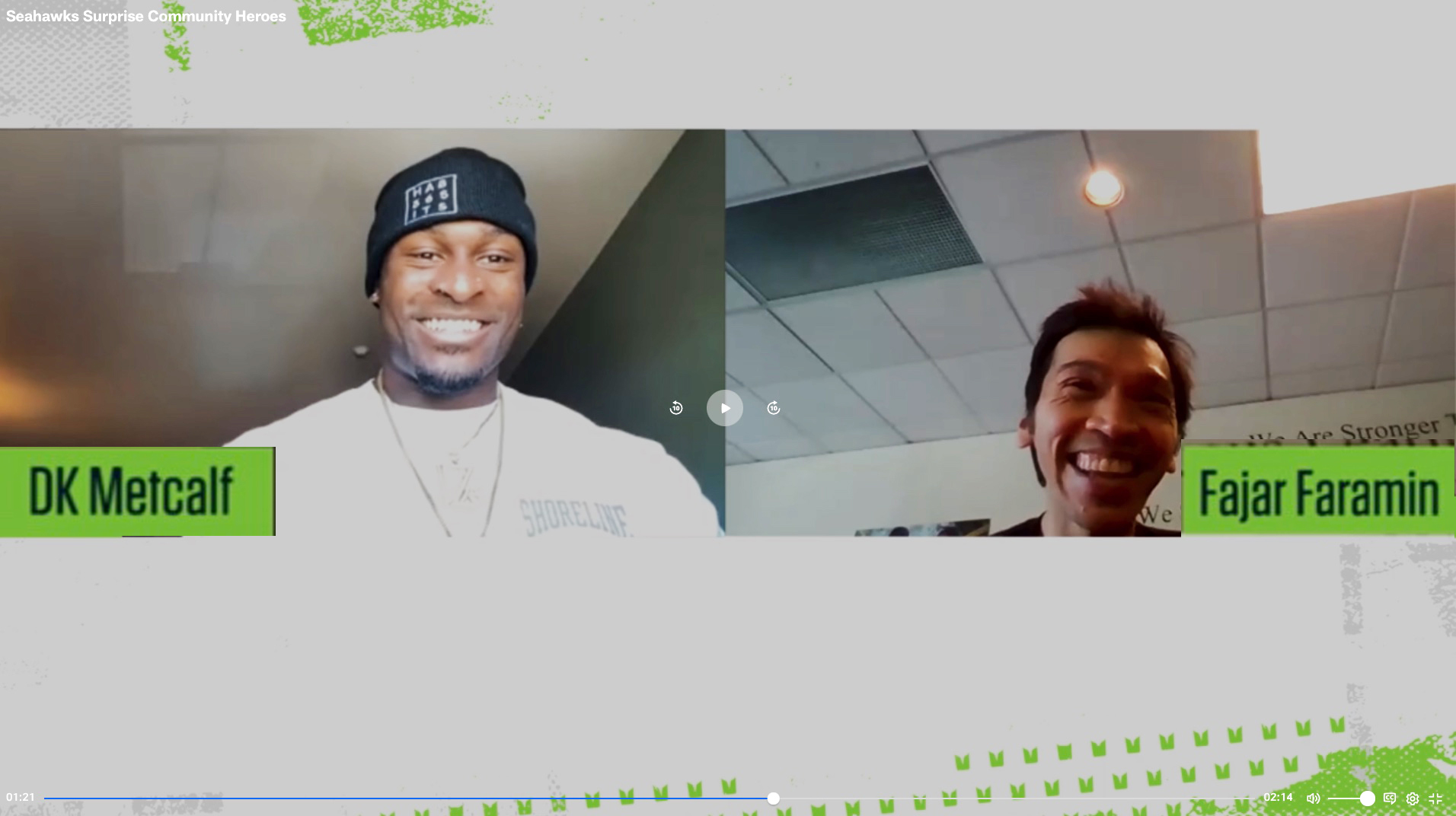 in my iPhone calendar and it’s always a surprise to see it pop up. One of the many wonderful things about Fajar is that he doesn’t fuss about me or him remembering things like that.  He doesn’t have Jungian Shadows. That’s why he doesn’t clean the fridge. 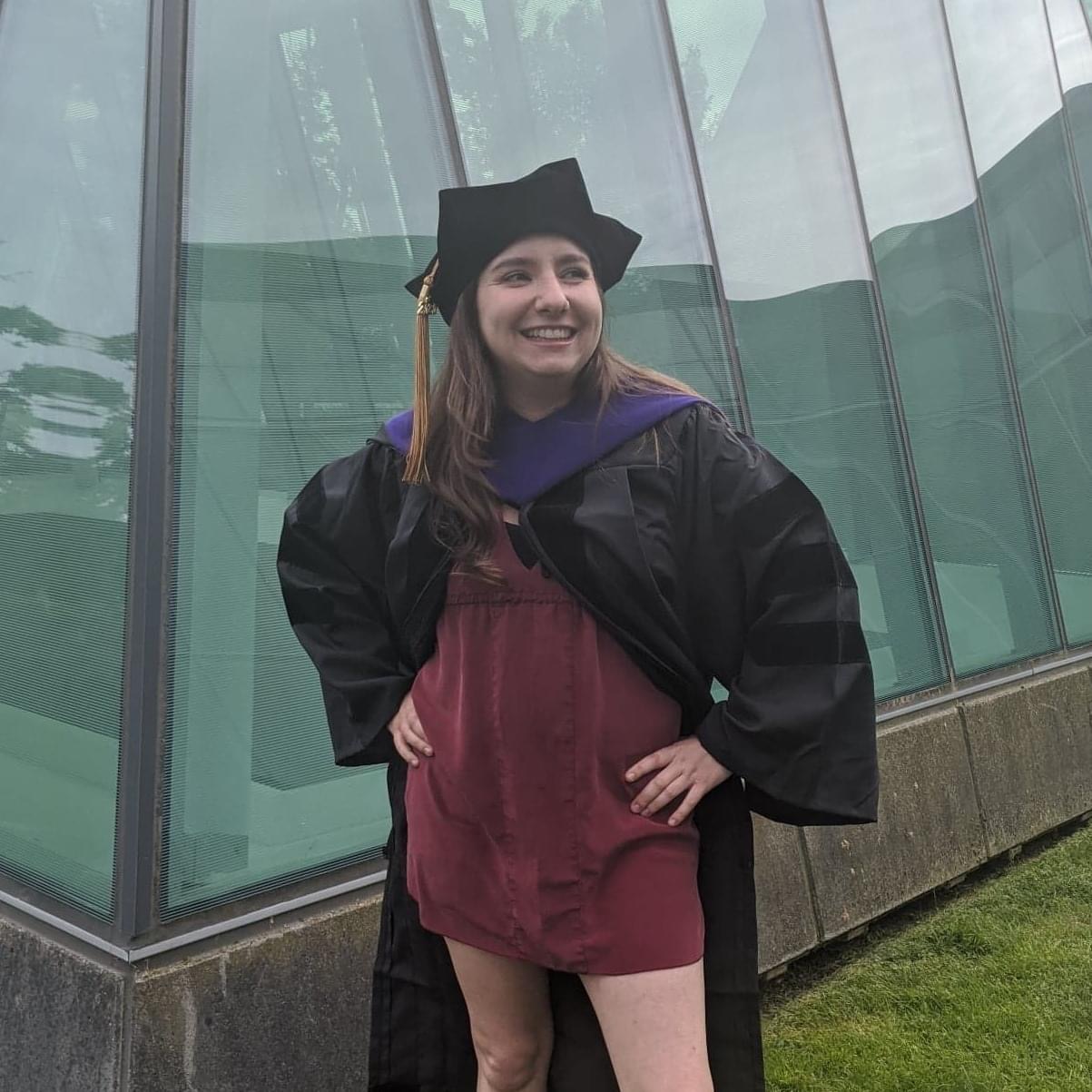 Rose is on a path familiar to me and my Jewish ancestors. LAWYER. I am so proud of her.  She is tiny, but mighty. She graduated law school this year, was relentless in her job search and got a good job as a public defender in Shelton. She has gotten more and more confident at handling “difficult” judges, prosecutors and clients. She tells me that Shelton is famous for a very good taco stand and a large population of indigenous Guatemalan  workers who speak a rare pre-Hispanic language called Mam.  She wanted to move to Olympia which made sense to me and she wanted to buy a house in Olympia which made no sense to me. She got a house anyway and just moved there with her highly emotional dog Boo.  She cleaned her refrigerator but not  mine. 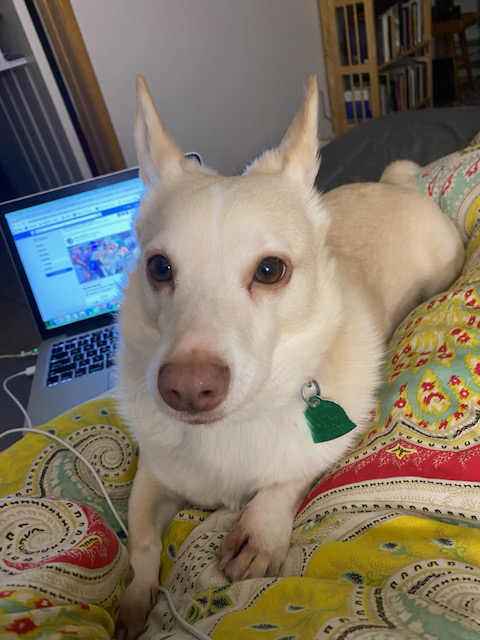 Boo only likes Rose and people who are near genotypic matches to her, ie, only her mom, and cousin Annie. He pretty much attacks everyone else. But during Covid, Rose and I would take walks with Boo. He would poop and at some point in the walking and pooping he found love for me. Now he runs up to me and lets me pick him up like a baby. He is so soft. He loves me. He has a very large Jungian Shadow but has not volunteered to clean my fridge.

Christopher is on a path not so familiar to me or my Jewish ancestors. CREATIVE OBSESSIVE? OBSESSIVE CREATIVE? When he was little he 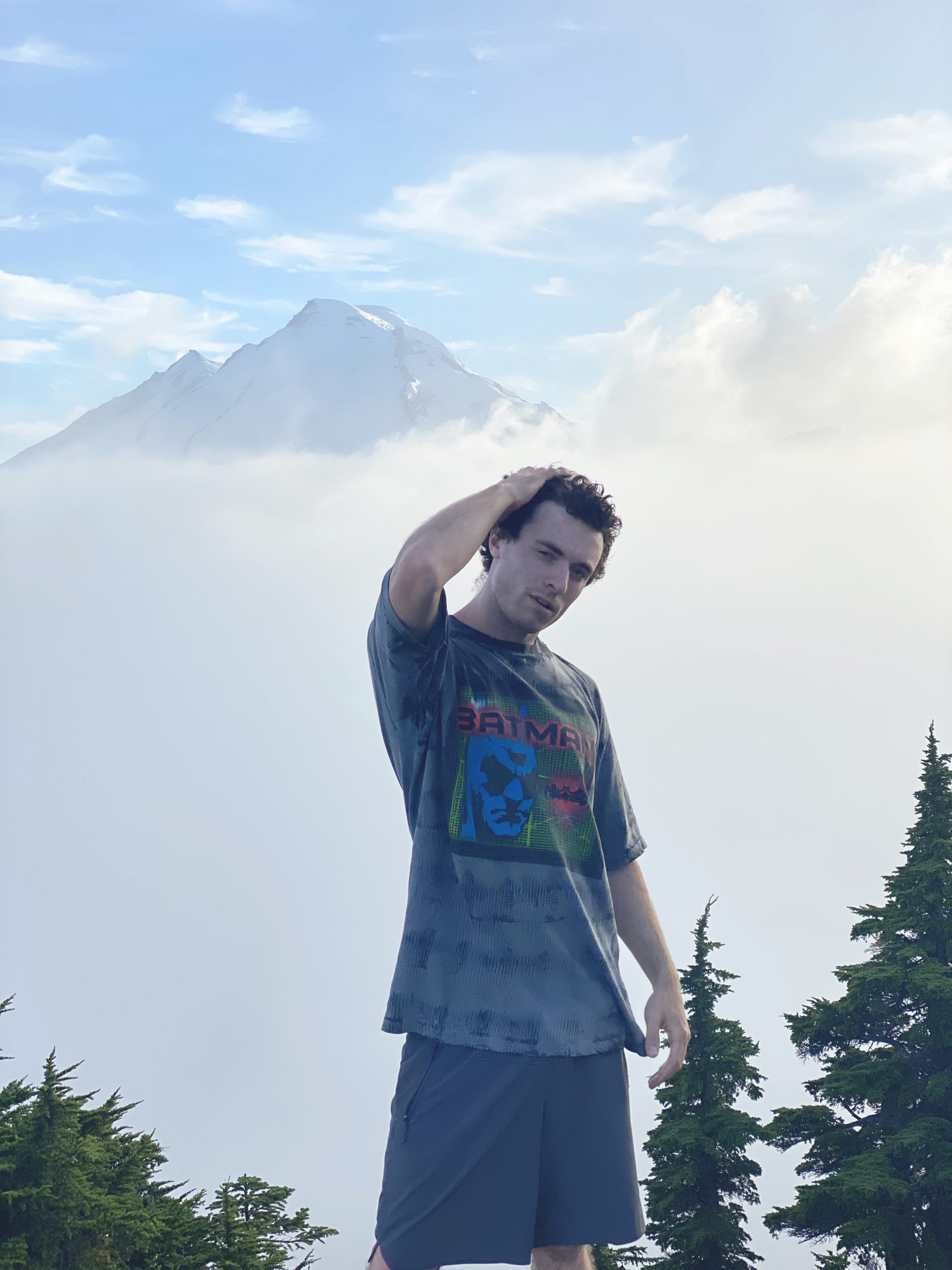 was famous for his obsessions with trucks, vacuum cleaners, trains.  As he has grown up to become a charismatic, intelligent young man with a killer sense of humor, his creative obsessions have included: customizing nerf guns, making you-tube rant videos, skiing, photography, Eastern Europe, producing DIY nightclub events in NYC. Most recently:  creating internet memes (including a 2020 viral image of himself riding a skateboard whose wheels were small skateboards), running an on-line fashion store,Goth Des Garcons, with his cousin Paul, selling a “metric fuck load” of Goth Crocs, getting a cease and desist letter from a major fashion brand for painting his foot to look like one of their shoes, writing and recording an entire album of original music about an astronaut in existential crisis in outer space, Listen to one of the songs here:

That release also included  18 unique collages depicting his character’s adventures in space, establishing the astronaut as a social media personality with some people believing he was actually in space and selling out a limited release of little retro TV sets that would play the album , find it on Spotify, buy it on Amazon, releasing an album of ambient music set to visuals of train travel, geology, wilderness adventures, edible mushroom foraging. This last year, he moved back to Seattle from NYC.  And to top it all off, in a slight nod to “the path” that makes me comfortable, he is taking classes at community college with a goal of going back and getting a 4 year degree. To my mind, that’s his best excuse yet for not cleaning my fridge.

There are two more people in my life who might have helped me with my shadow issues, my sister Laura Snyder and my father, Sam Snyder, but since my last annual letter, they completed their life’s work and left. I had never had anyone close to me die. I felt some obligation to be angry at the world for what happened to these wonderful people, but I keep getting these flashes of them: my father taking me to Central Park to watch the Delacorte Clock’s bronze animals “come to life” at noon, my sister making effortless flip turns at the Astoria swimming pool, and it is enough, more than enough that they completed their life’s work with such grace and class. They are no longer under any obligation whatsoever to clean my refrigerator, but they are the only ones.